Human Settlements, Water and Sanitation Minister Lindiwe Sisulu addressed the nation on Thursday 2 April to give an update about the state of water affairs during the COVID-19 outbreak.

Sisulu confirmed on Thursday that all water irrigation schemes, boards and catchment areas will be centrally controlled.

She said the decision was codified in law and signed off by Cooperative Governance and Traditional Affairs (Cogta) Minister Dr Nkosazana Dlamini-Zuma.

It means that all water matters will be centralised in line with the Disaster Management Act. Minister Sisulu continued:

“Municipalities are called water boards; they have the right to have water, and can take water from bulk supply into residents’ taps. Irrigation broads are largely people who own farms and have irrigation schemes, but they fall under a particular board that directs where water should go”.

However, the department has now placed water “under the control of one command centre” which is situated at Rand Water in Johannesburg.

“We are now saying we are centrally controlled; all the water in South Africa will be directed by us to where it is needed most”.

We have taken a decision, we have codified it in law and it has been signed by the Minister of CoGTA @DlaminiZuma. We have centralized the direction of water, the procurement of all of those things that provide you with water 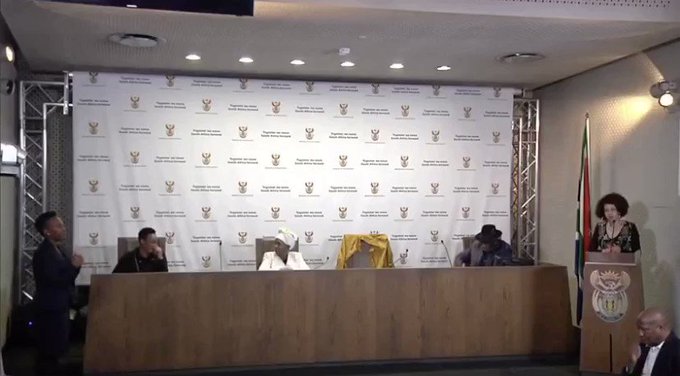 17 people are talking about this

According to the minister, all direction and commands pertaining to the distribution of water across the country will come from the command centre.

The command centre will also ensure that all the water tanks that have been procured are taken to the places which have been identified as in need. Residents in need can contact the department on 0800 200 200.

However, the department confirmed that it is experiencing high call volumes asked for the public to “be patient” as they work to increase capacity.

Municipalities to identify places in need of water

“All water tankers will be reporting on a regular basis to the command centre in Johannesburg. Should anyone experience a shortage of water, tankers will be directed to those areas”.

The command centre will also direct irrigation schemes in farming communities on “how direct some of their water to where there is a need”, the minister added.

“In short, we are now taking over most of the work that belong to the boards. […] We have centralised it. We will also centralise procurement of all of those areas we are dealing with”.

Also read – Lockdown regulation changes: What you need to know